With sand in our eyes we loaded our bikes into the back of Trevor’s Honda Element. Leaving expressly before a smoky dawn, we drove a few miles to the eventual start of our ride. “This feels like cheating,” I admitted. The alternative was riding up Sunshine and over Poorman to reach the start of our already rather aspirational ride. Arriving first at the wrong starting point, then at our actual starting point, we unloaded the bikes as the sun crested over the horizon. 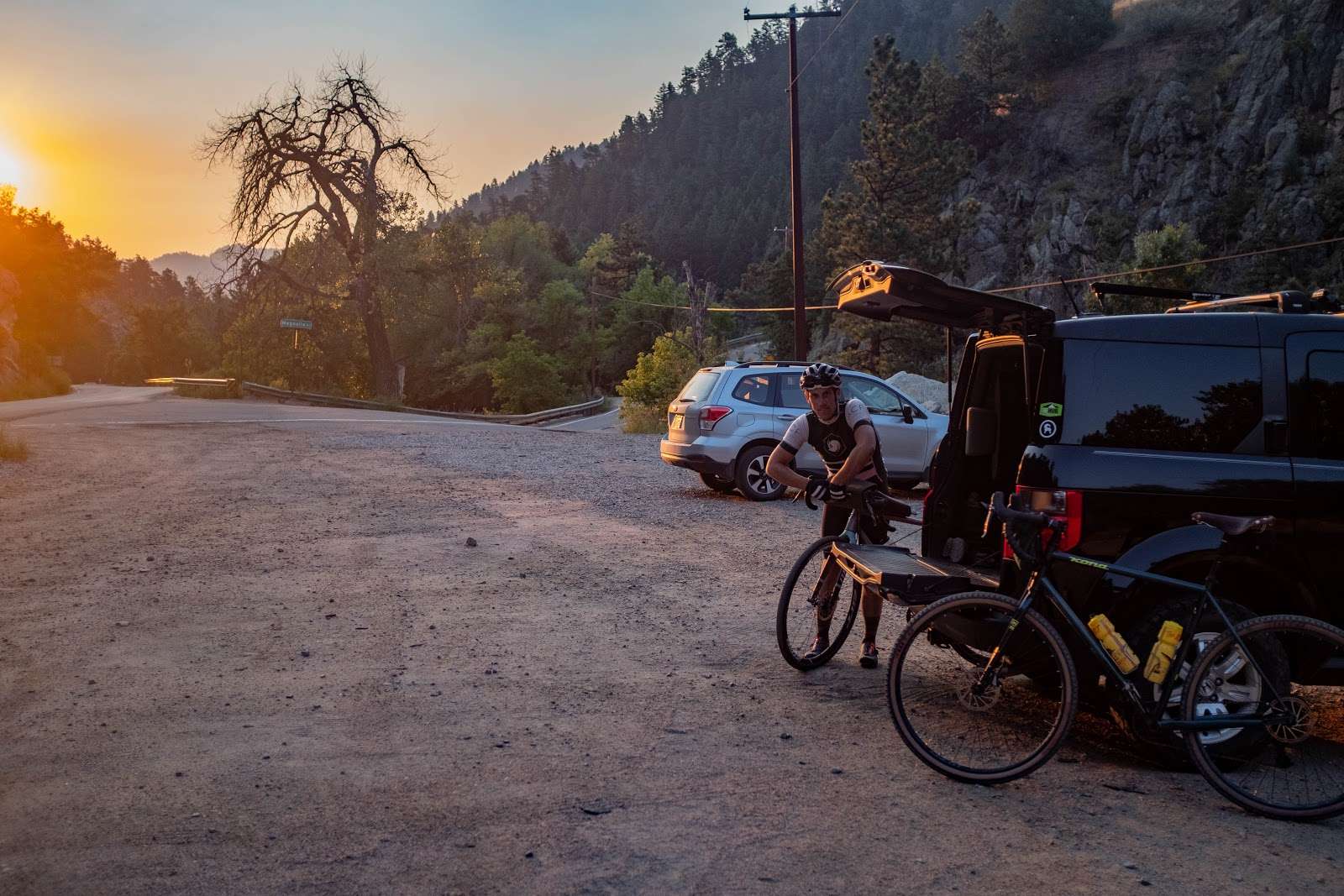 We climbed with the rising sun. Spotting the light ahead, I whipped my newly acquired camera over my shoulder to snap a photograph. The horizon was aglow in the smoky, hazed sunrise that was typical here for the past couple of weeks. 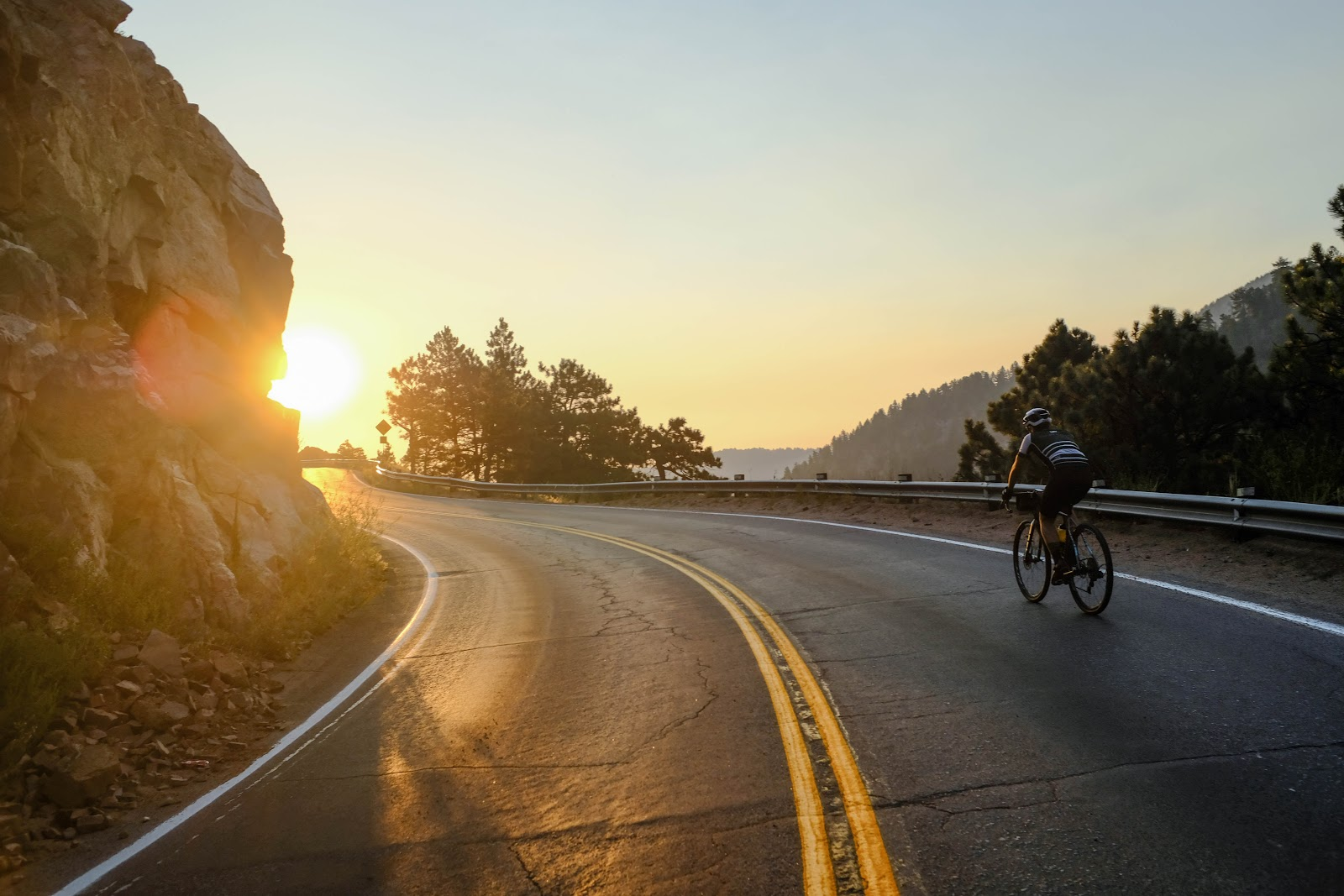 Our legs quickly warmed as we ascended to the lightly trafficked trail that was our starting point. 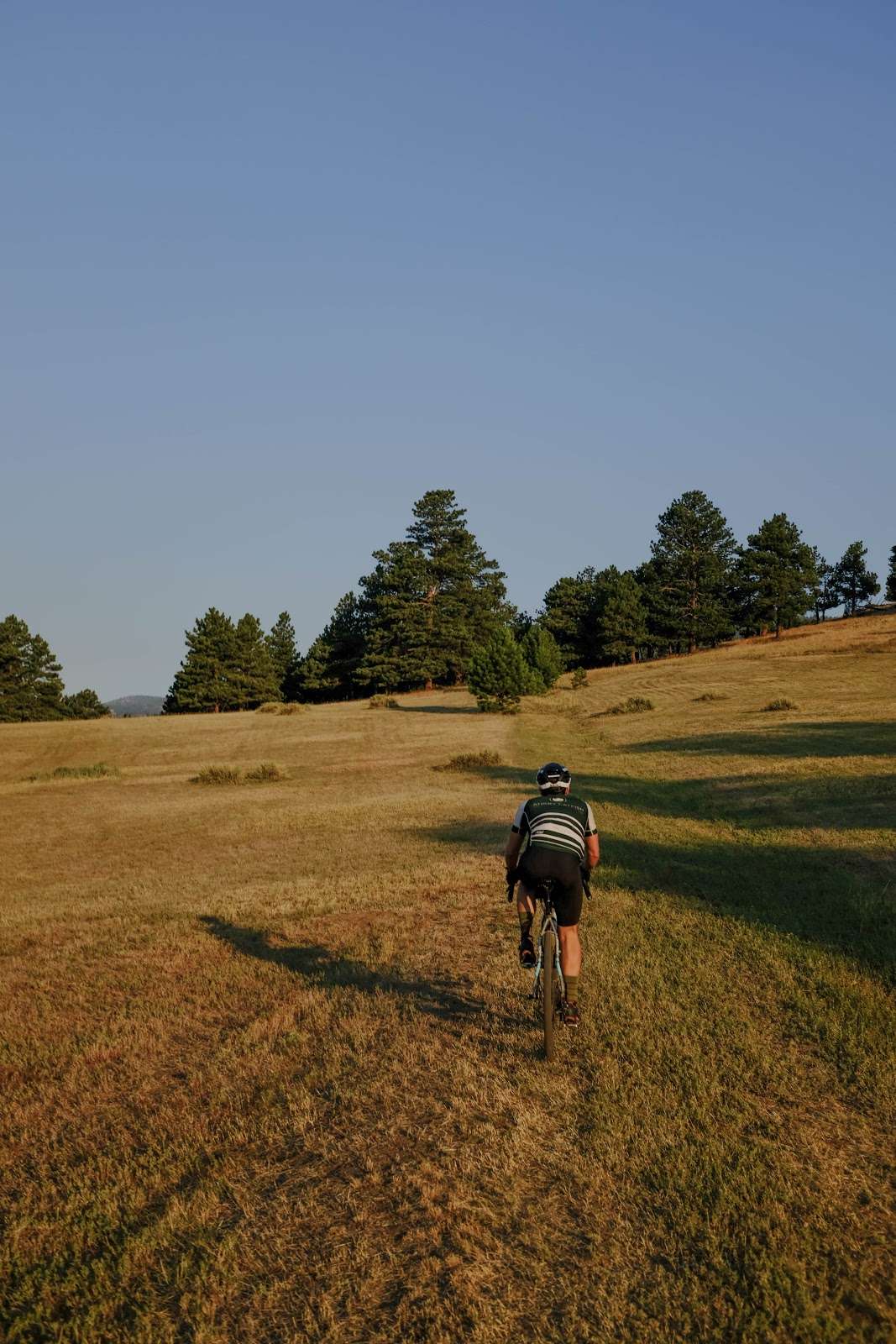 Smoke was in the air; I worried briefly for the sake of my lungs until a mandatory hiking segment mandated that I direct my attention elsewhere. 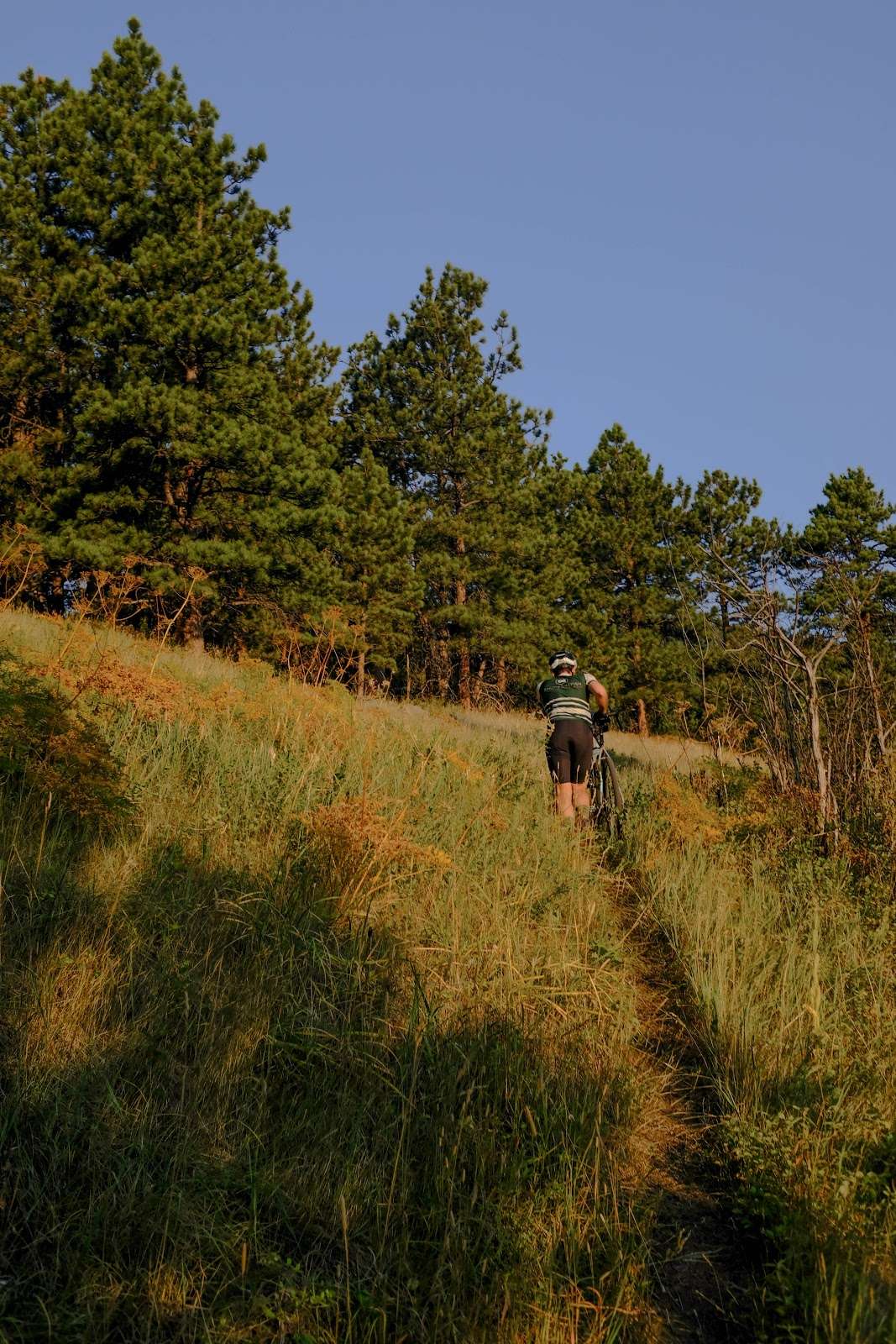 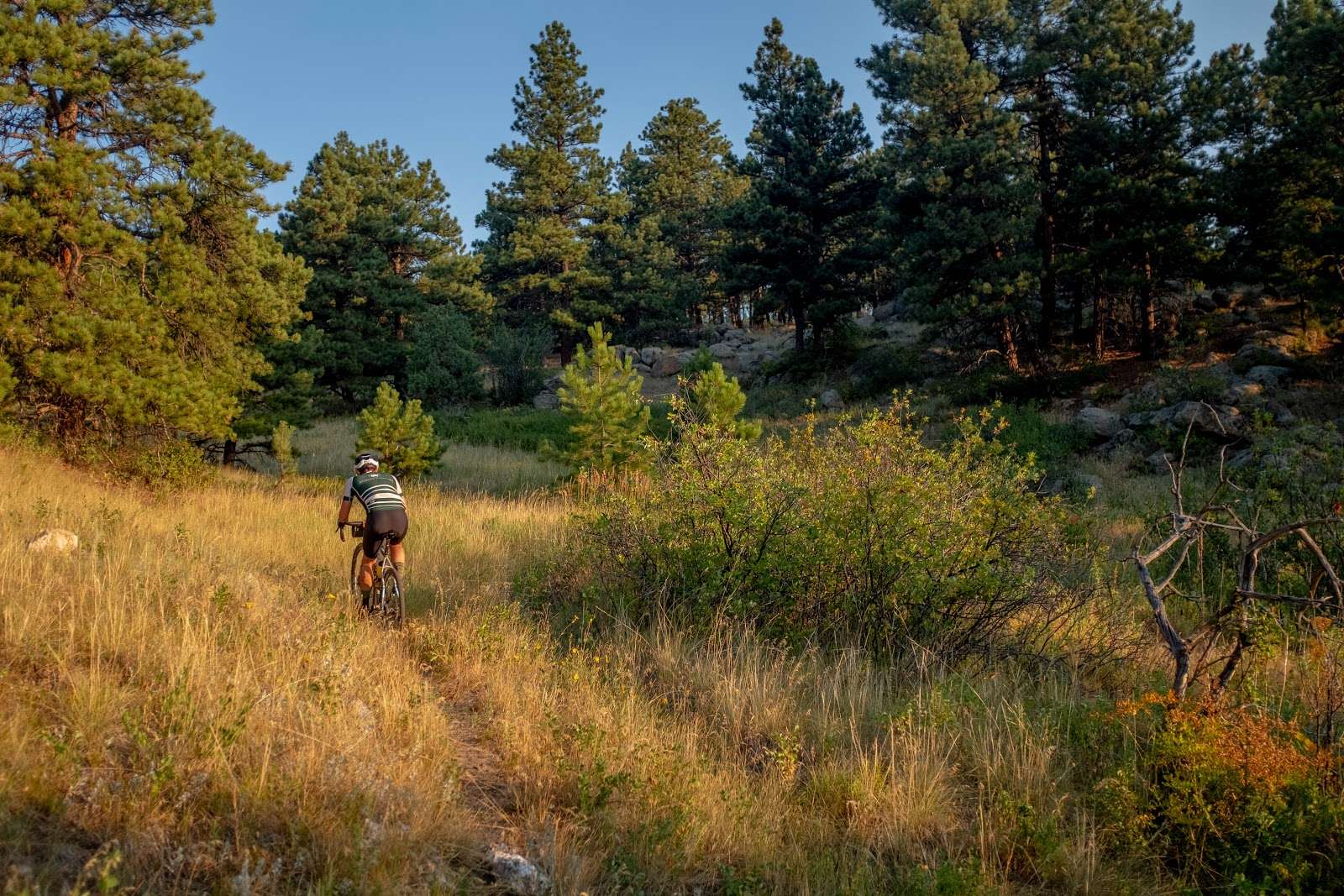 Connecting back with the main road, we pushed west along its final paved segment. Slowly, the smoke seemed to clear (or we’d inadvertently adapted to its scent and effect). As we settled into the rhythm of this consistent gravel, the discourse typical of our longer rides began. 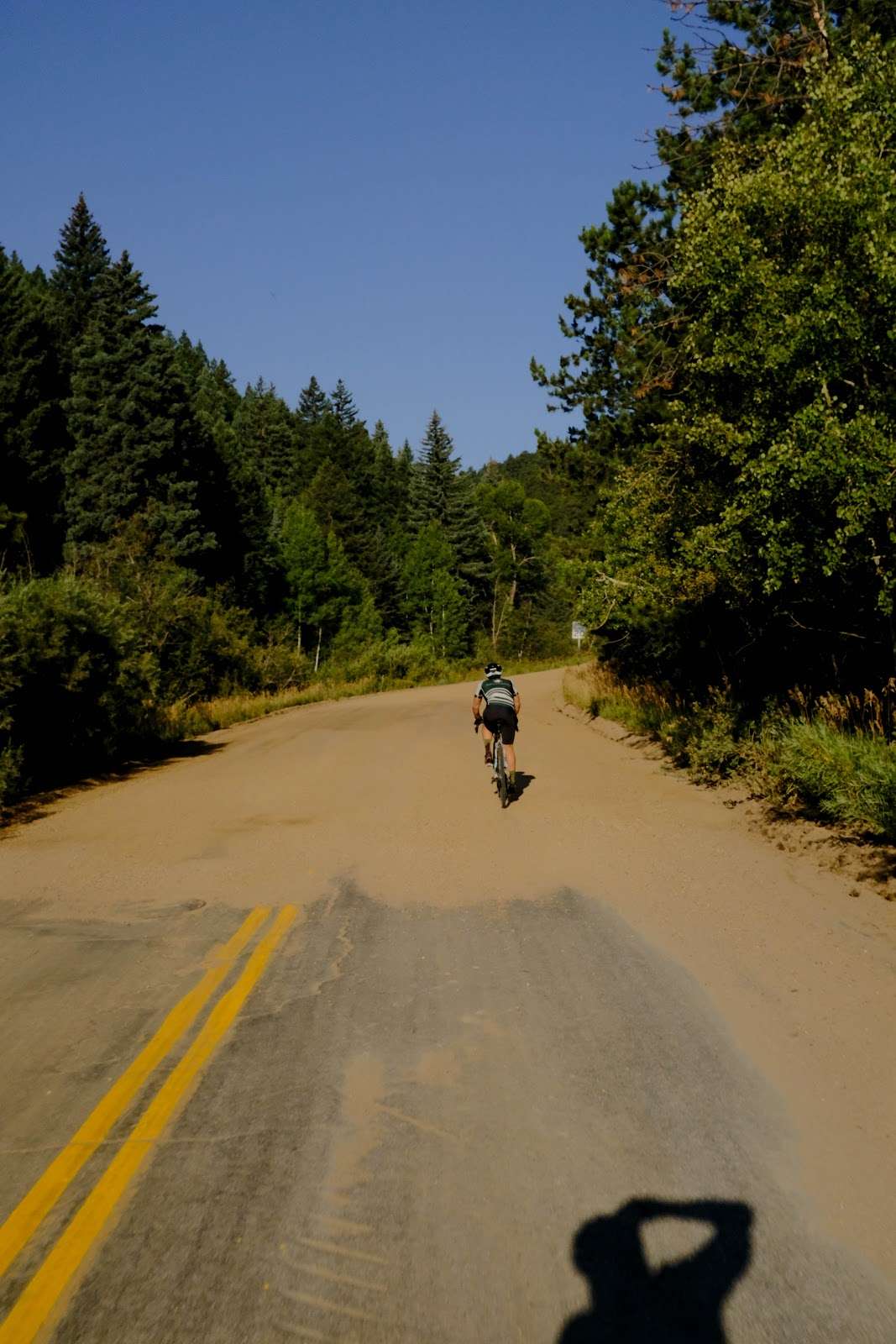 We debated socioeconomic theory until we reached Peak to Peak highway, where we turned south toward Caribou Ranch Open Space. Reaching the trail, Trevor suffered his first flat of the day. I gave Trevor flack for his choice of Panaracer Gravel King tires, suggesting he should have chosen WTB. 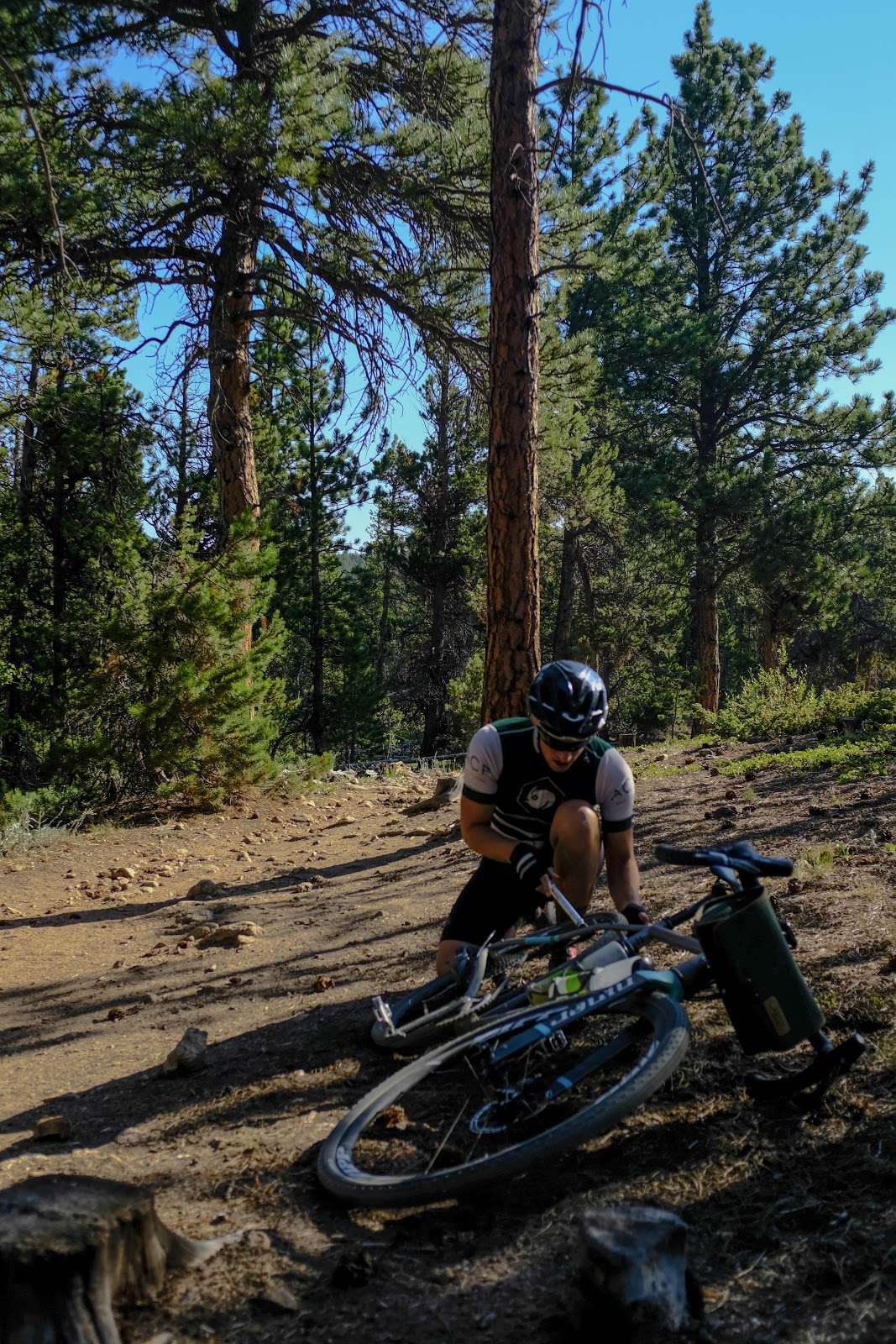 After the repair and a fresh coat of sunscreen, we continued onwards. The trail was slightly more sendy than we’d counted on, but send we did. The trail eventually connected to Caribou Road, which we climbed until Trevor experienced his second flat of the day. 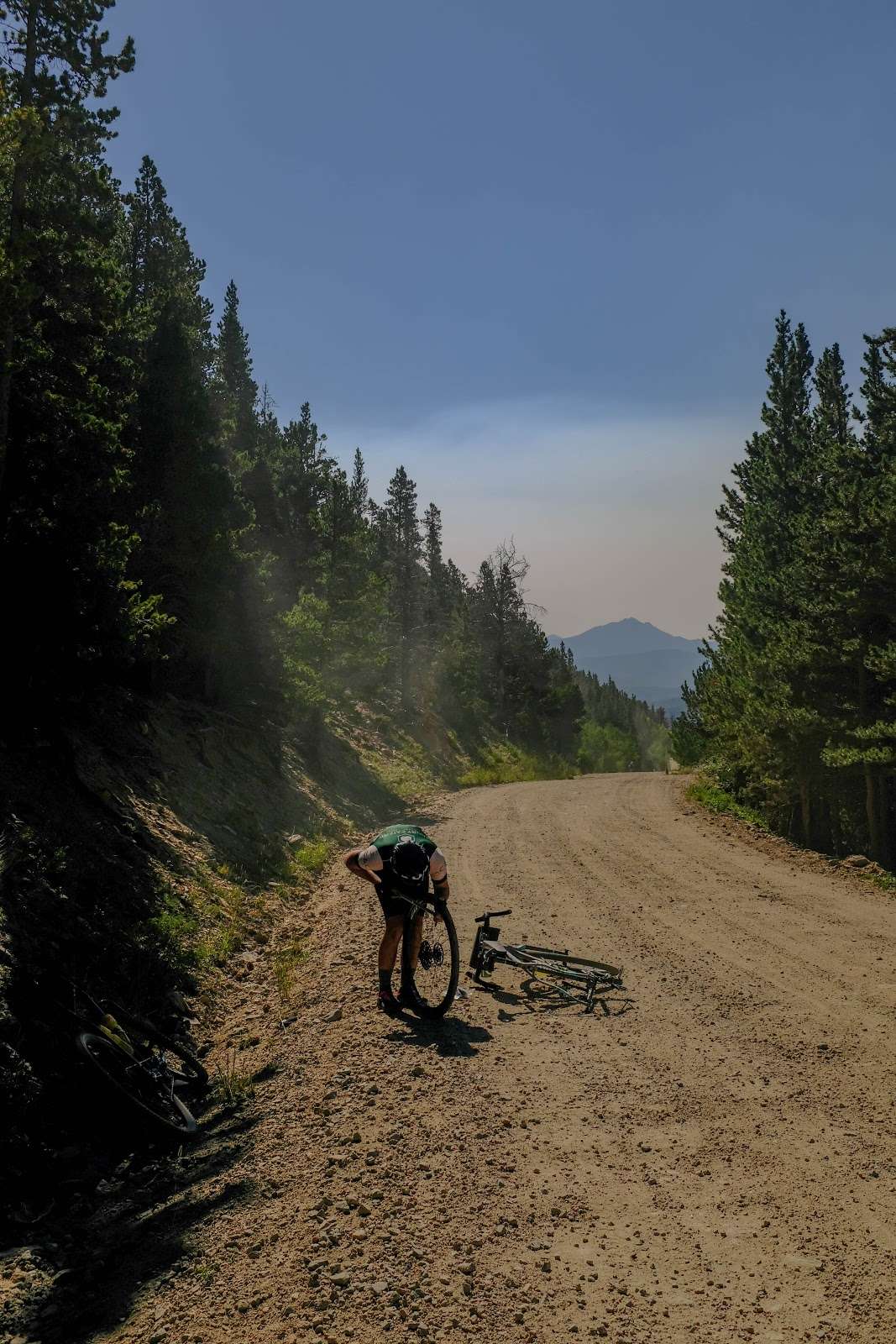 Expending my backup tube, we deemed it necessary to turn around towards Nederland; a flat for either of us at this point would mean a long walk. The dryness had taken its toll on Caribou Road; frequent and harsh washboard plagued our descent. We stopped briefly for espresso at Salto in Nederland before our final push along Magnolia Road and the reward of this first class descent. 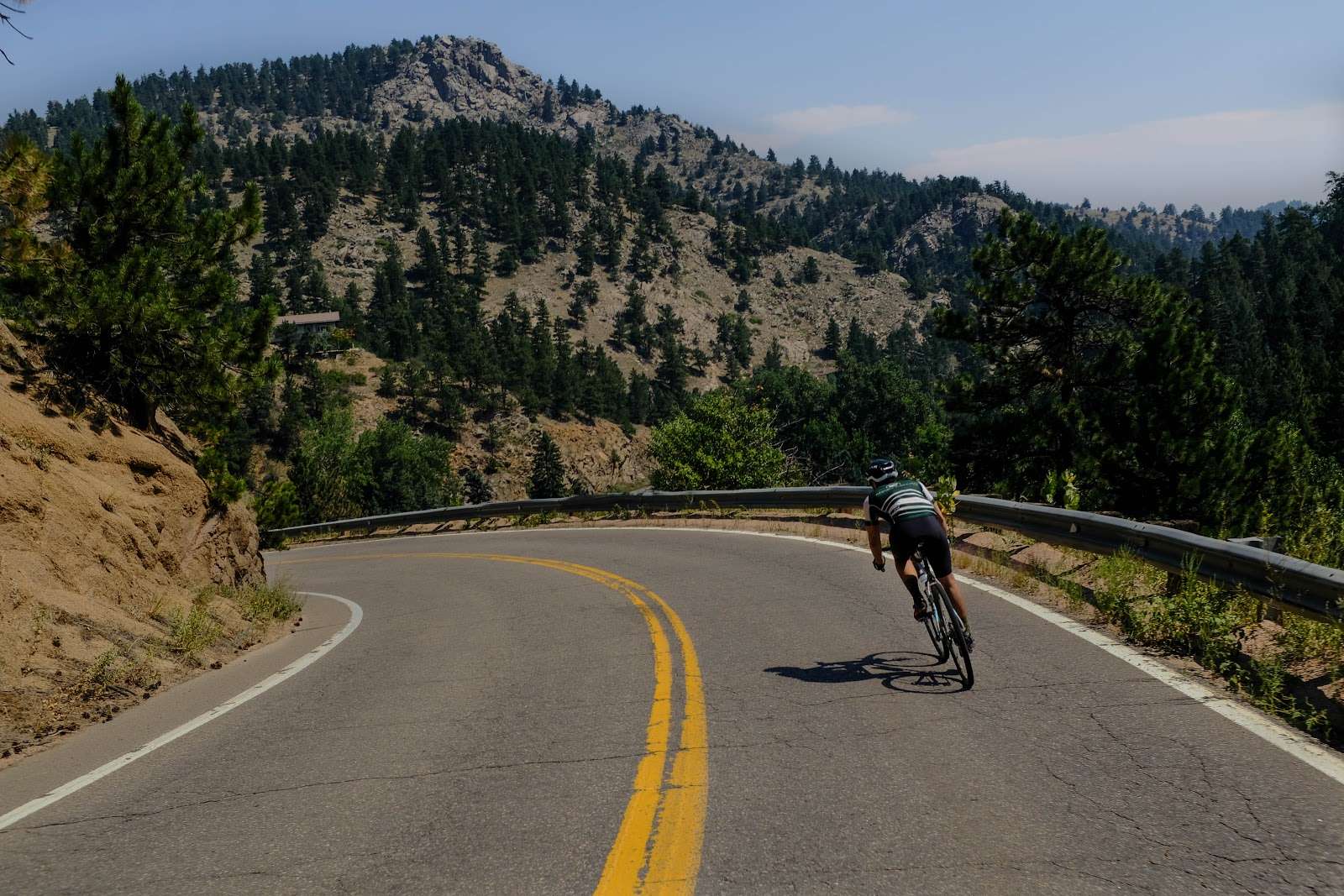