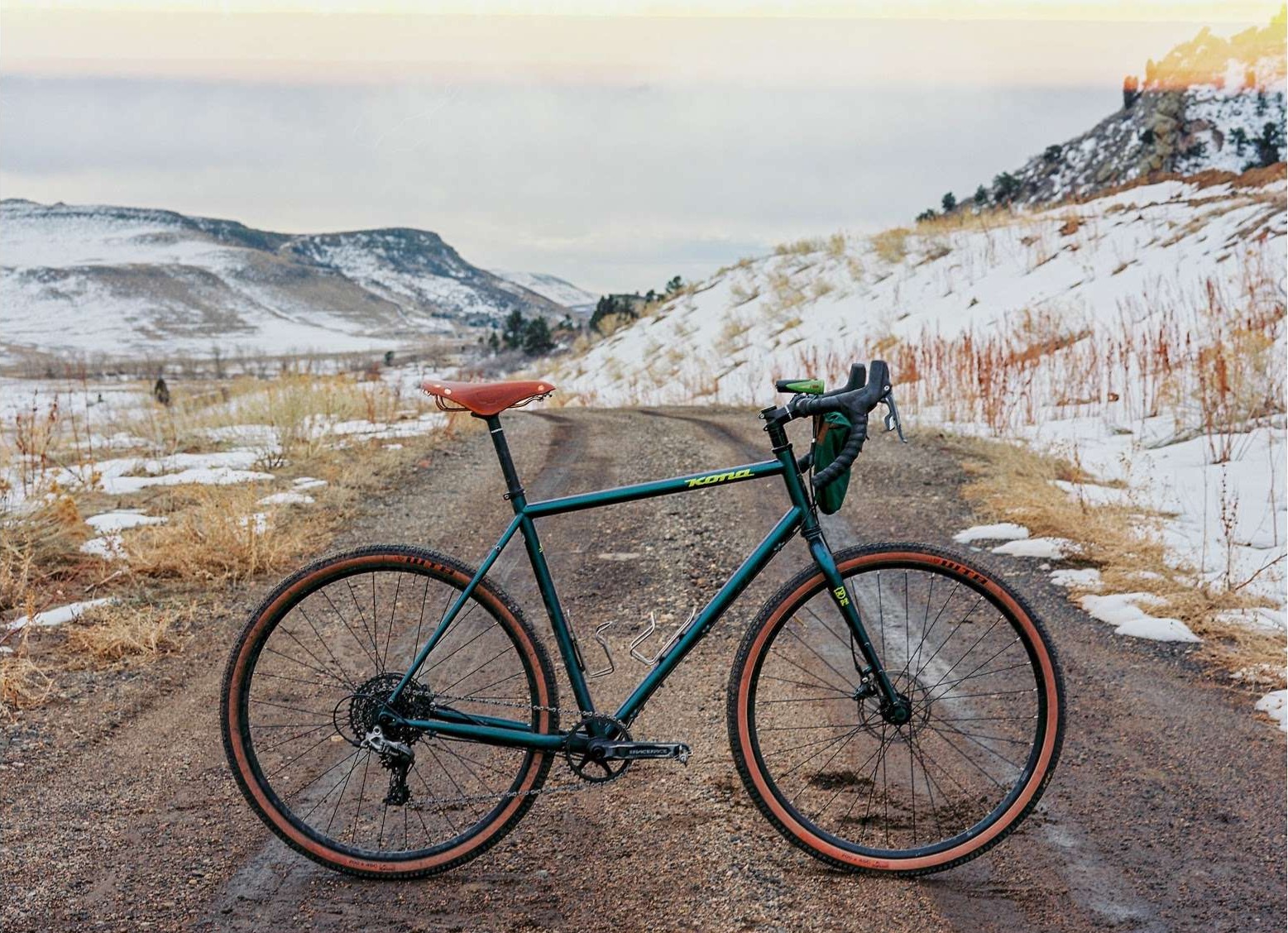 The Kona Sutra LTD - one could be convinced to buy the bike based on the name and paint job alone! I took my sweet time deliberating the purchase of this bike (around two years, to be precise) and can say I wished I’d purchased it sooner. This is my second Kona (my first being a Kona Dew Plus, which I often subjugated to the rigors of the Switzerland Trail & Peak to Peak highway amongst other local favorites - which it took in stride) and can say with absolute certainty that I’ve become a Kona loyalist. 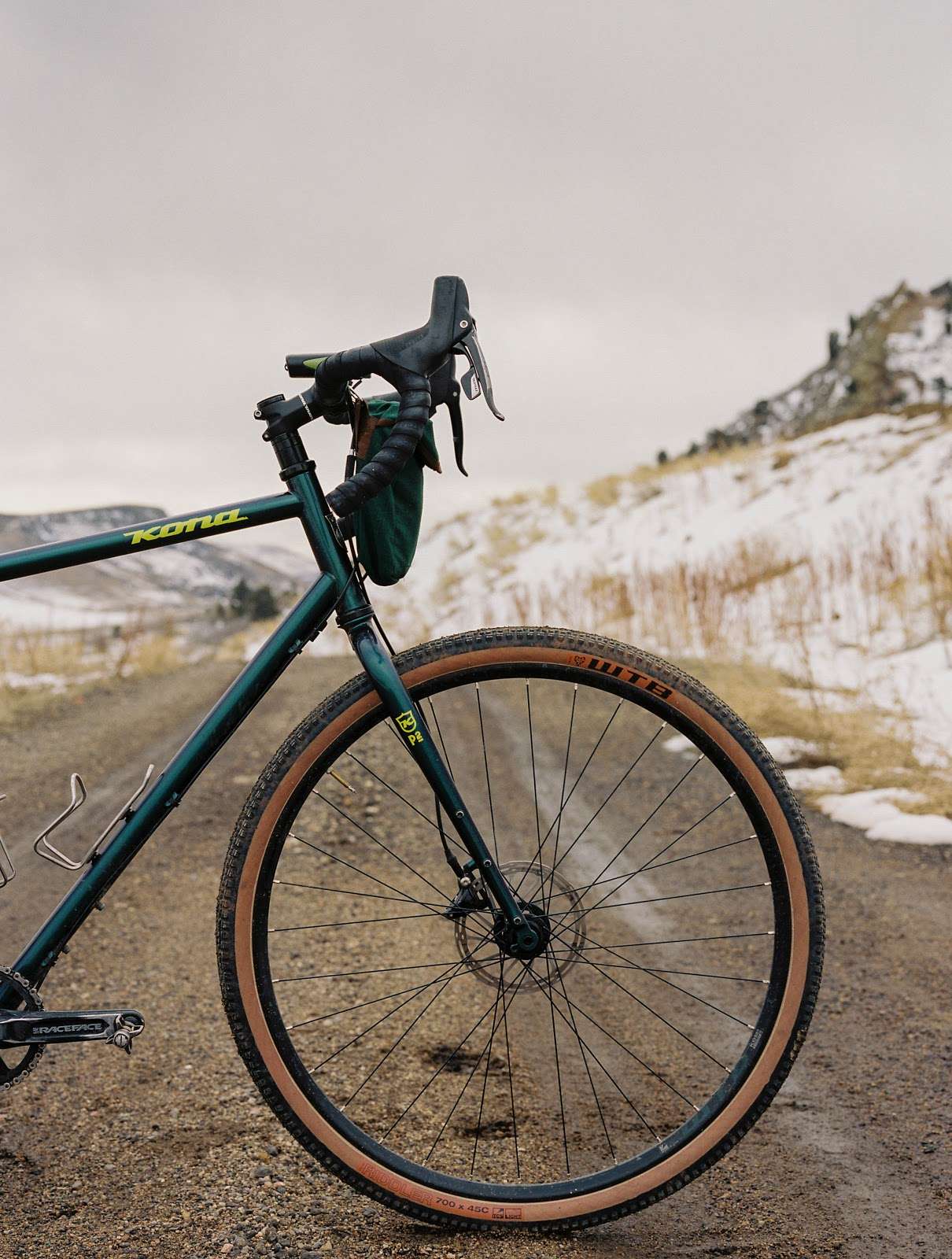 Kona has always offered some funky paint options but this colorway is by far my favorite - an iridescent blue/green that appears purple when viewed from the right angle or, according to a sagely old local bike technician, "depending upon how much dope you''ve smoked." The Kona logo is a bit more minimalist than on previous year''s models, but really pops in that muted-neon yellow. 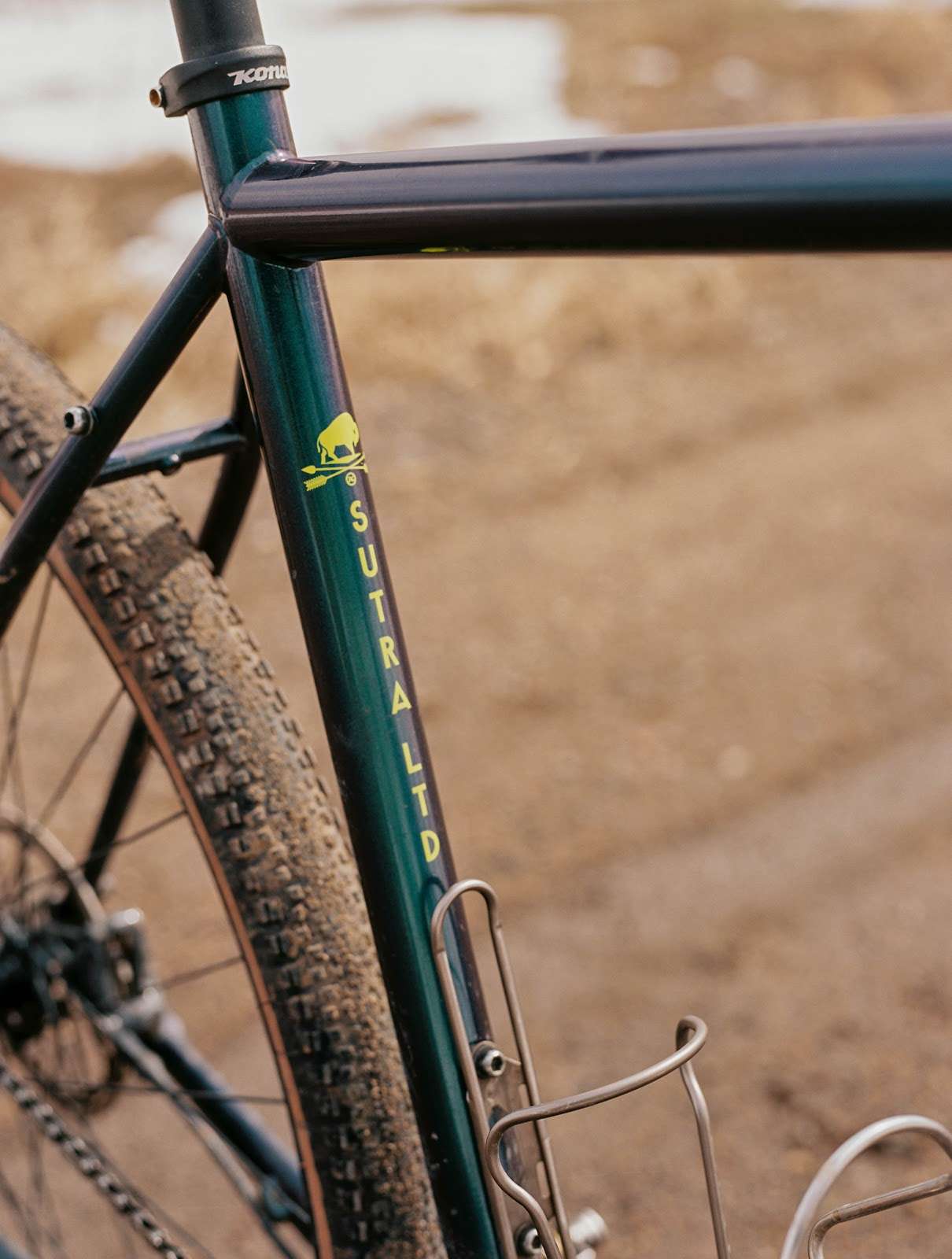 The colors blends in impeccably well here in the Colorado summertime, and really shines throughout the other three seasons.

In the world of gravel riding, tire choice is everything. Luckily for me, I developed a fortuitous relationship with Wilderness Trail Bikes from the get-go. WTB is the godfather of off-road/road-lite tires, having started in that Paleolithic era of mountain biking that was Marin County in the 80s, and that extensive experience benefits us graveliers to this day. I''ve been rocking the WTB Riddler in 700x45c set up tubeless on WTB KOM light rims on my Kona Sutra LTD since it was new; while not overly aggressive, the Riddler provide ample grip in the widest variety of conditions. The tubeless setup gives me assurance that I won''t be left stranded with a flat. I use Orange Seal tubeless sealant, which has glitter mixed in so as to clump more effectively and fill larger punctures. 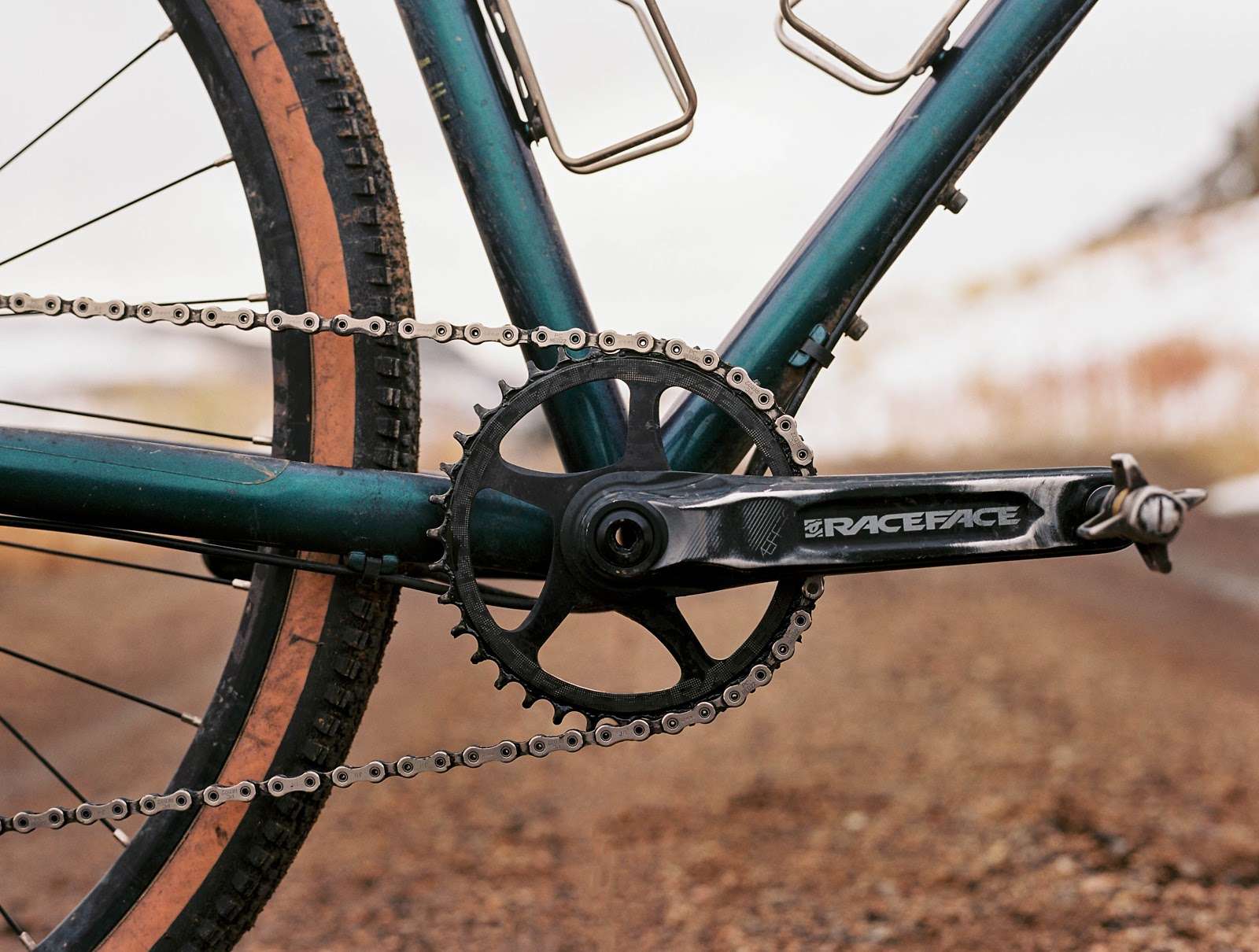 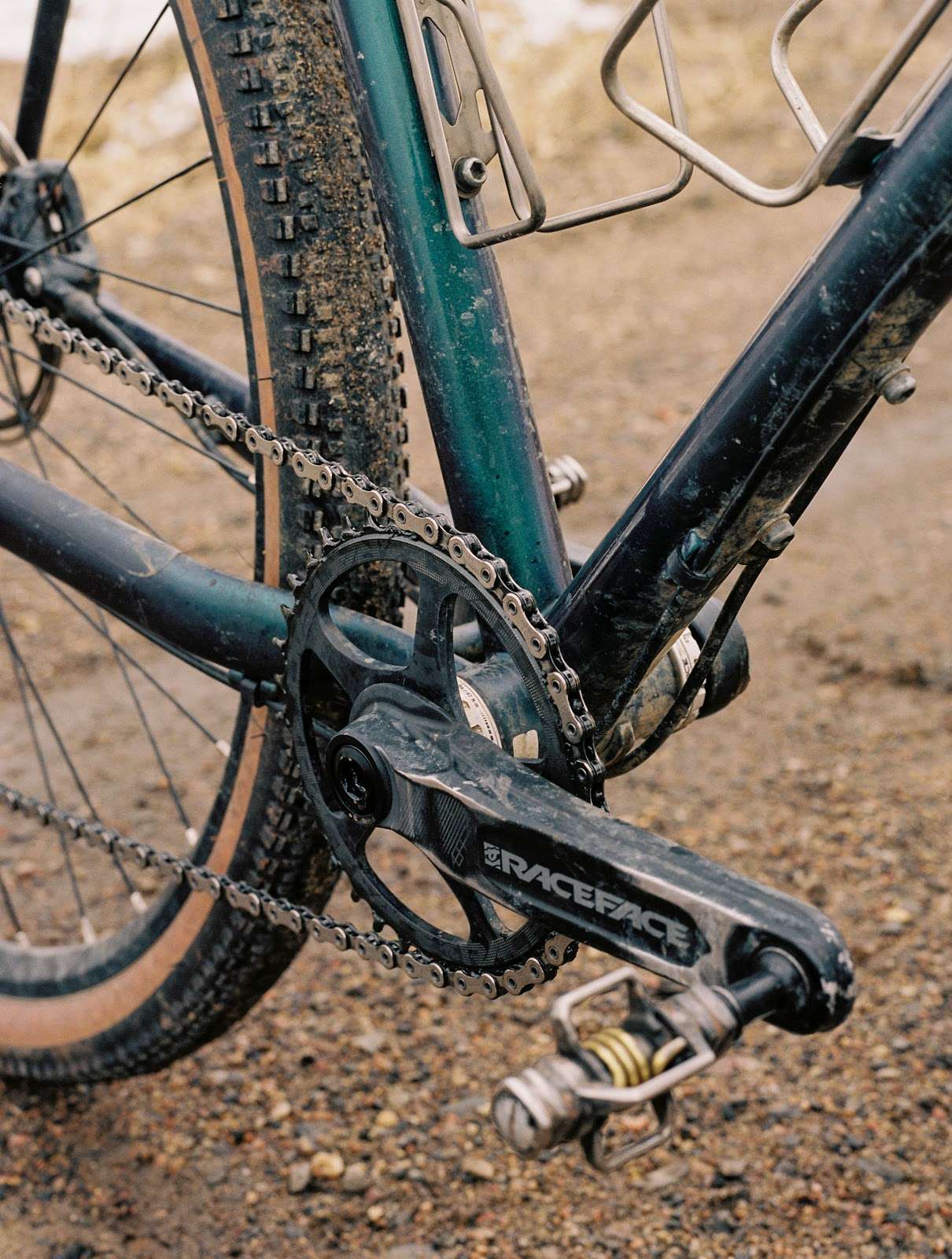 At this point, I’ve thousands of miles on this system, many of which were outdoors over the winter. As such, I’ve had to replace the bottom bracket once, replace the chain thrice, refresh the bearings in the Eggbeaters, and replace my derailleur jockey wheels (the tension jockey wheel literally exploded when the folks at Full Cycle were diagnosing a tension issue that was above my pay-grade). With those repairs done, it still feels buttery smooth. 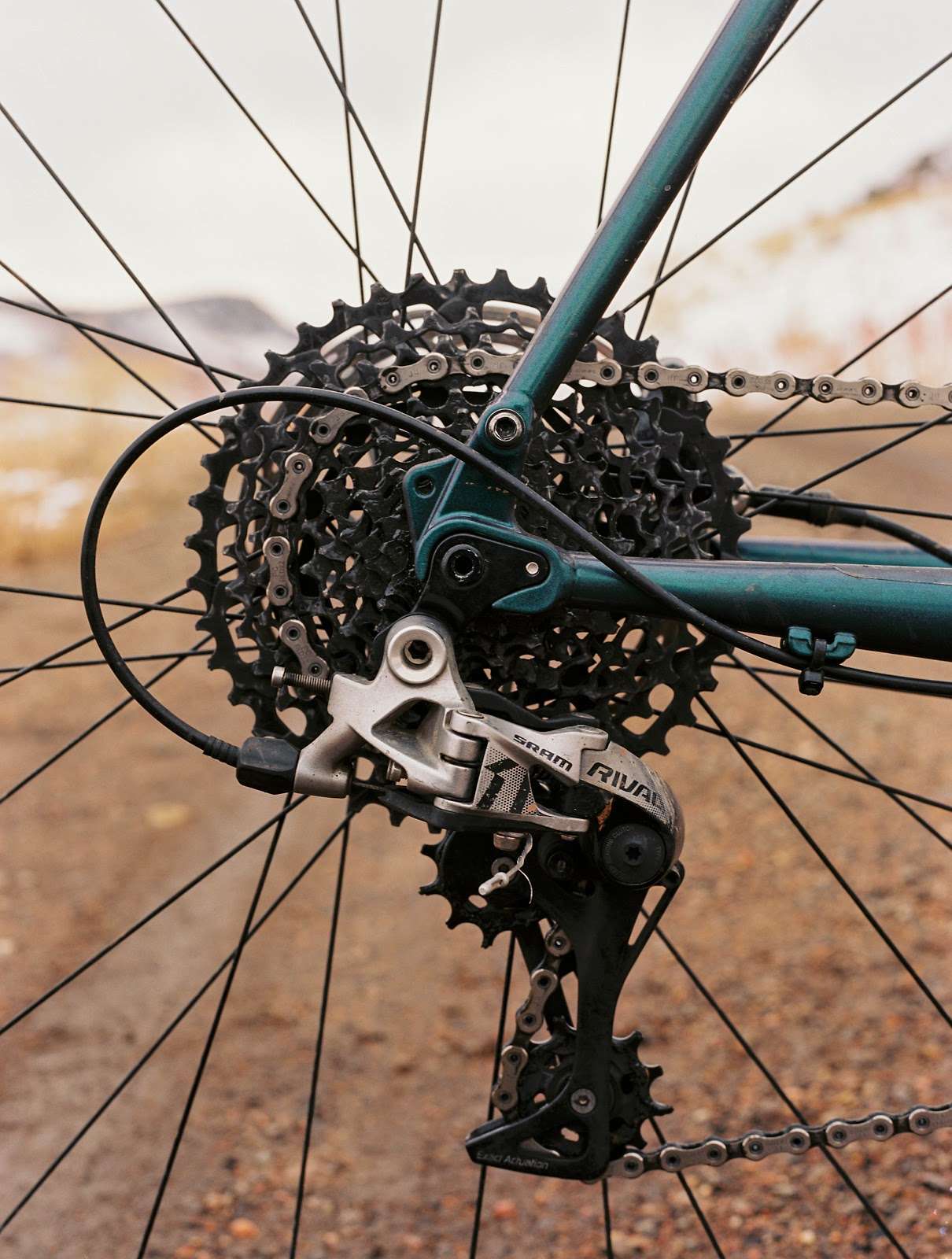 This 1x setup has really been a game changer for me. Simpler, lighter, but with the same effective range as the standard 2x/3x setup (just less small steps in between). I''ve never ridden a fixed/single speed regularly but the appeal of just riding without having to think about gearing is totally understandable. While not that simple, this setup gets me pretty damn close, probably as close as a geared drivetrain ever will. 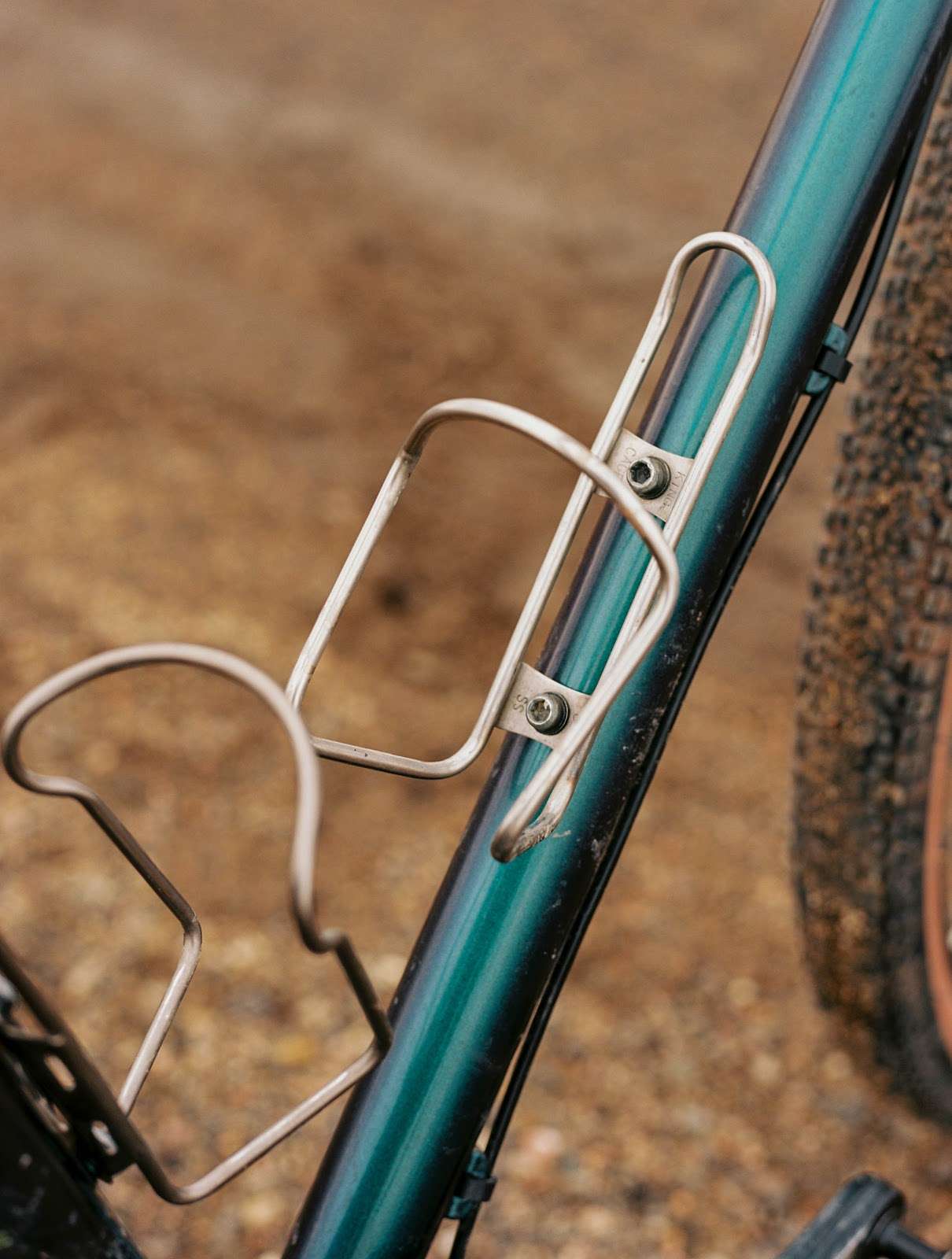 Little touches like the titanium King Cage bottle cage give this bike character and make it uniquely mine. I was lucky to score these bad boys secondhand here at Boulder''s own Community Cycles. King Cages are made in the proprietor’s garage down in Durango, CO - a nice piece of local Colorado bicycle culture to compliment this bike. 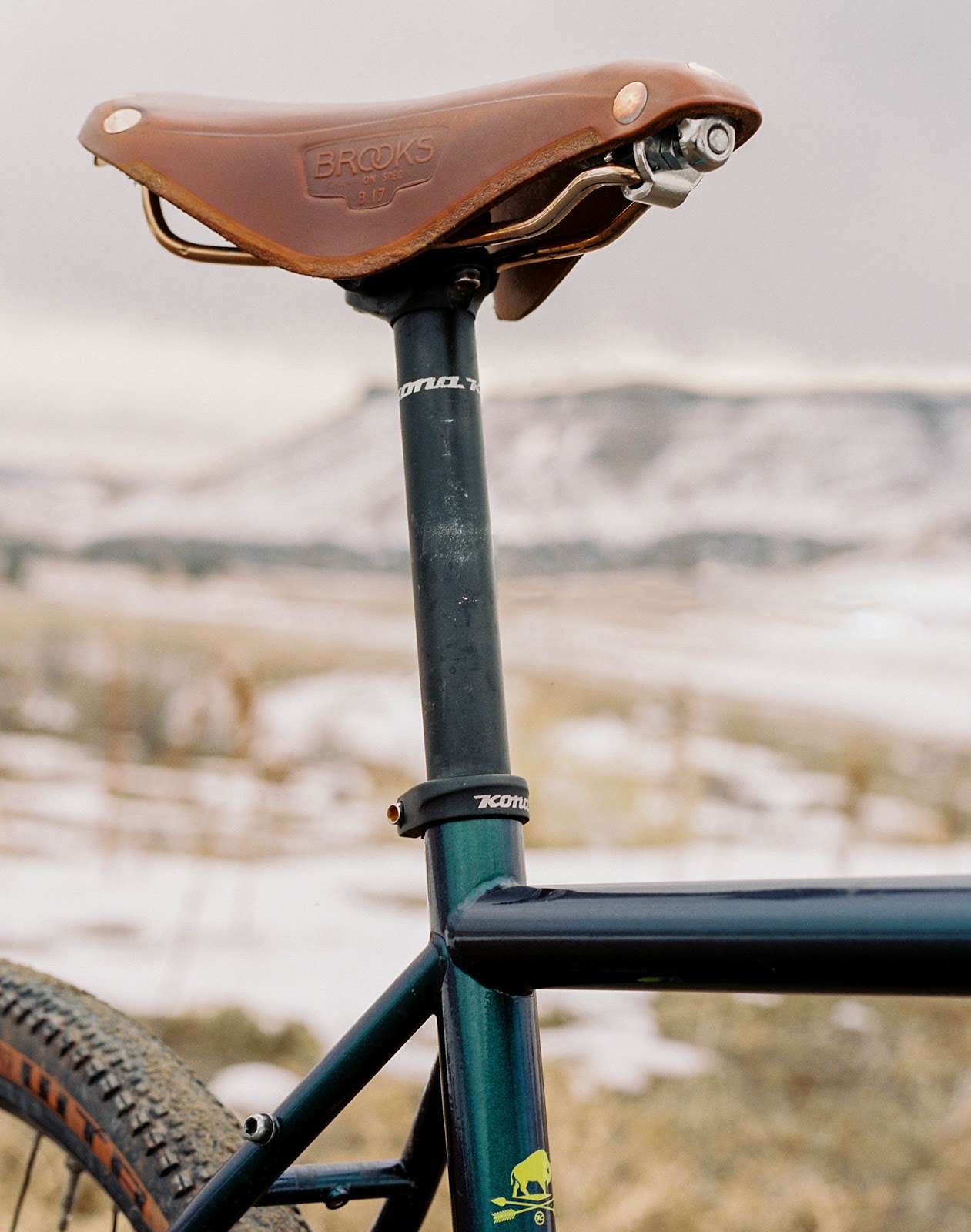 I opted for a classic leather Brooks England saddle in the honey copper colorway on this bike for a few reasons: primarily, I wanted something more supportive than the plastic dish that is the modern saddle (and I often just ride in shorts, no chamois). Secondarily, my intention with this bike is not races nor speed but long rides, so all day comfort was a priority. Finally, it''s an object of beauty and tradition: the rivets on this were hammered by hand by some bloke in England (zoom in and you can see the facets that suggest as such). This saddle certainly has developed character over the past few months of riding - it''s another small touch that makes this bike uniquely mine. 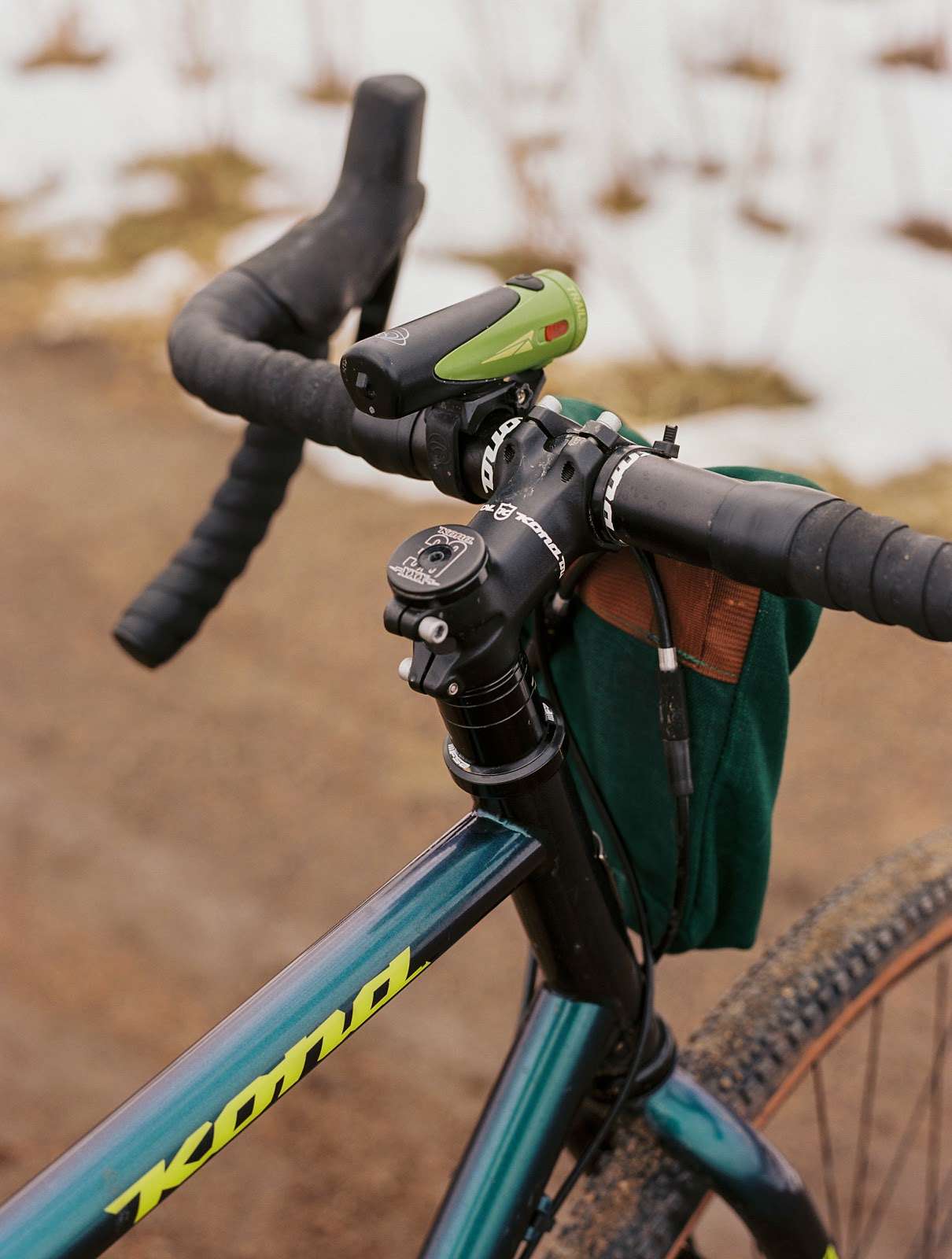 I end up doing a lot of riding in the dark, so a premium light source is essential. While dynamo lights are always an option, the Light and Motion Trail 1000 is hard to beat. The beam from this light is better than the headlights on my van (for real) and the pattern for strobe setting is based on third party research on what pattern motorists will notice. The handlebar bag is one-of-a-kind: I found it at a thrift store  and thought it a perfect match for  this bike. It’s even got a small compartment for my hand-pump. 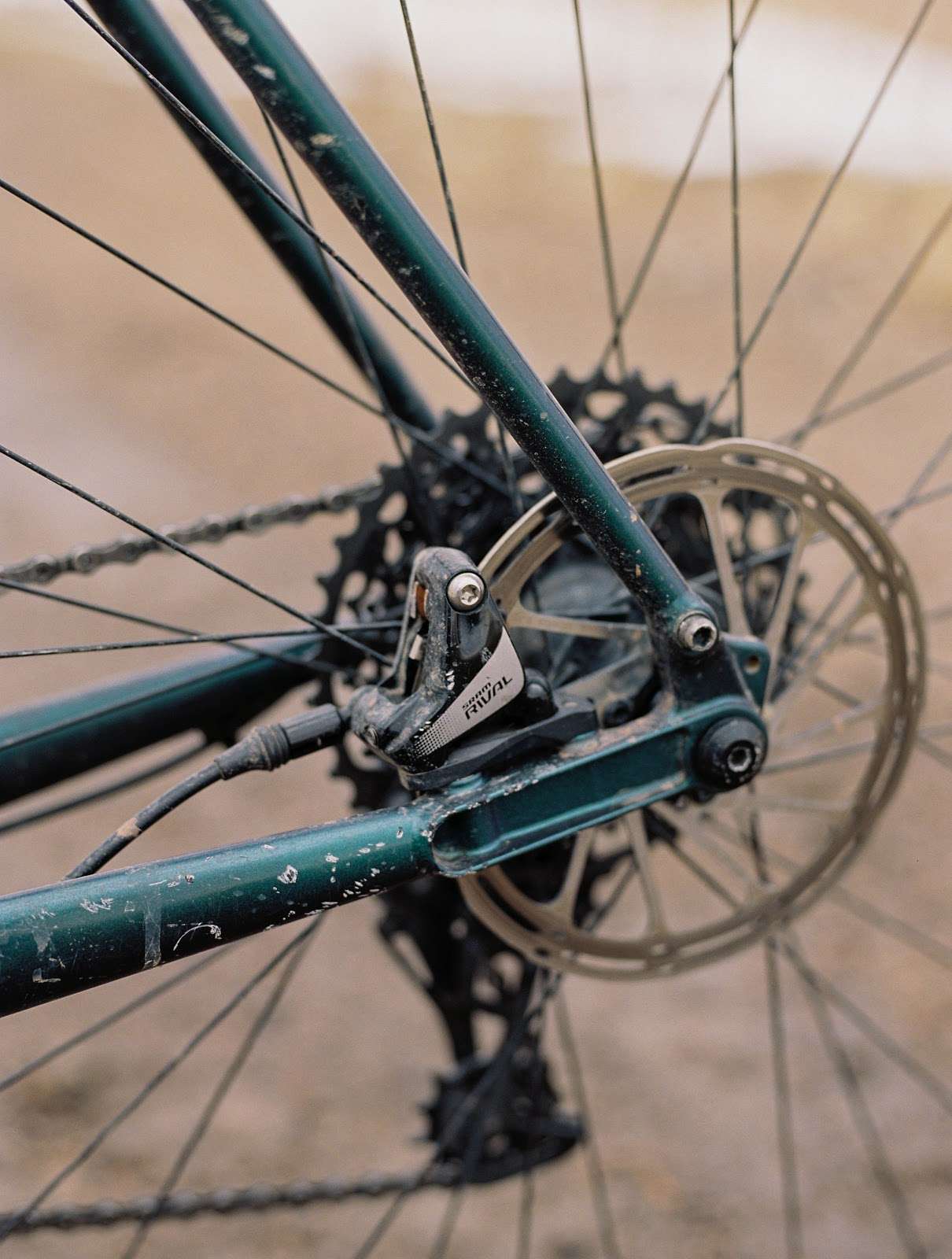 drop us a line to order your own kona sutra