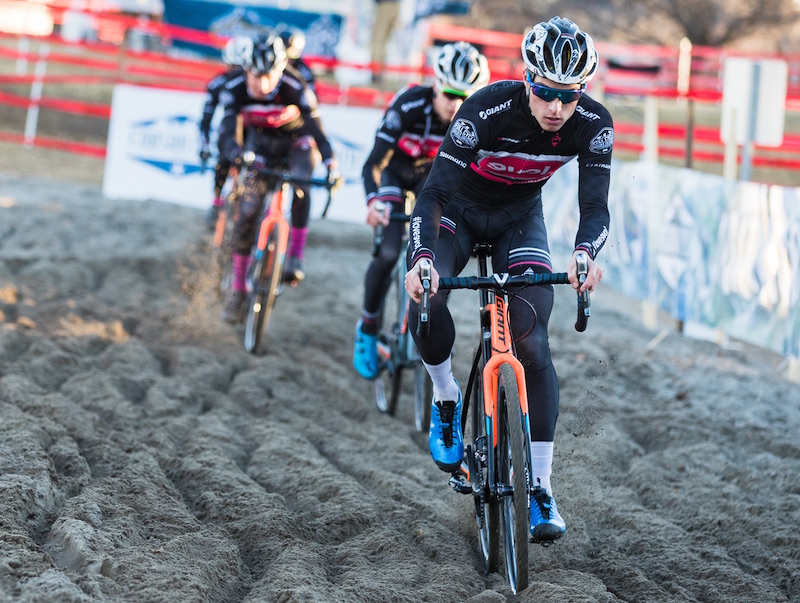 BOULDER, COLORADO – JULY 10, 2018- Full Cycle, Boulder’s oldest bike shop, and home of the Tune Up taproom, is getting into cyclocross racing this year in a big way, fielding a three tier team of world class riders, a distinguished group of ambassadors, and a club team, open to anyone.  The team will be called Full Cycle Cross with a number of supporting sponsors, including Giant Bicycles, Donelly tires, and Stages Cycling.    ADDITIONAL SPONSORS ARE BEING SOUGHT.

On the professional level, the team will be increasing its 2017 support of what was previously known as the Evol Racing team.  Pro racers Eric Brunner, Maxx Chance, and Denzel Stephenson will continue with the goal of returning to the World Championships again in February 2019.  The pro squad will be managed and coached by Mitch Hoke, and Grant Holicky.

The Ambassador team will be led by successful CX racer and professional coach Chris Baddick, and include podium regulars Kristin Weber, Matt Davies, Michael Friedberg, and Ksenia Lepikhina.  In addition to racing at most of the Front Range races, these ambassadors will be leading regular skills clinics and group rides leading up to and throughout the race season, available to club team members and others.

Full Cycle Cross is now in the process of recruiting a club team, with the hope of attracting many of the top local front range racers.  The club team will enjoy exclusive benefits at Full Cycle and at all Full Cycle Cross supported events throughout the season.  Those interested in joining the club team should contact Chris Baddick at raceteam@fullcyclebikes.com. The deadline to join the team and receive the team racing kits is July 31, 2018.

“We are absolutely thrilled to get the opportunity to field our own competitive cyclocross team this year,” says Full Cycle managing partner Russ Chandler.   “With the solid support we are getting from Giant and other sponsors, we decided the time was right to make the move back into the local competitive cycling scene.  Our Tune Up taproom has already played host to awards parties and fundraisers, so we’re planning to leverage this venue to its fullest.

About Full Cycle.  Founded in 1982 as a co-op bike shop, Full Cycle has grown to become one of the leading specialty bicycle retailers in the country, and is a local hub for the cycling community in Colorado’s Front Range, with two locations, including the iconic University Hill store, and a larger downtown Boulder location which is home to a full service espresso bar and taproom called the Tune Up.  Full Cycle is a leading dealer brands including Giant, Ibis, Kona, Felt, Intense, Surly, and Pure Fix.